Here is a list of the most popular digg-likes, to acquire knowledge and to promote your best pages too.

Digg-likes reserved to members of another website as MySpace for example, are not listed. 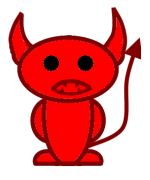 Useful to visit and get knolwledge, and to promote a website provided it is aimed at webmasters and web developers.

The idea of making public his favorites and share them with others have been made popular by the del.icio.us website, bought by Yahoo and became delicious.com. It has many imitators.
In fact the idea of social bookmarking was widespread and is found in social networks, and some digg-likes work similarly.

Lot of digg-like were closed because of spam. Not stupid spam from webmasters who submit all post from their site, but the more subtle spam from group of bloggers who trade promotion on social sites as well as that of the fake accounts.
In June 2012, Reddit banned links on sites as prestigious as Business Week, Physorg, The Atlantic, because they have organized networks of clicks to promote their articles.

We know how using multiple accounts on Wikipedia can allow to manipulate the contents of a collaborative site. The same manipulations exist on digg-likes that bring the most visitors.
These practices are the cause of the decline of sites like Digg and probably in a near future Reddit too.
Submitting your best posts is worth so far. If they are quality they can please readers and appear on the front page and then get backlinks.

And these are not the owners of these sites who can blame them. In June 2012, Steve Huffman, co-founder of Reddit, revealed that in its early days, the site was populated by hundreds of fake accounts created by them only to give the impression that the site have contributors!

One can found on the web the entire source code of a site of this type, and also numerous articles on their operation.

Finding info on the Web