What future for XAML and Silverlight?

The Windows 8 event showed the increased importance given to HTML 5 and JavaScript. All browsers support the SVG format which provides features equivalent to XAML for building online applications. 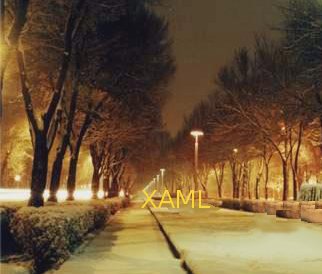 Developers who have invested in the Silverlight platform are worried and two threads on specialized forum reflect their concern about the future of Silverlight and .NET.

We must remember that .NET is an alternative to Java and the language technology is not endangered, and it is unlikely that Microsoft abandon the field. But Silverlight is a response from Microsoft to Flash and this format tends to disappear on mobile in favor of HTML 5, so why persevere with Silverlight?

Despite the share allocated to the new Web standard formats, we have reason to think that XAML will remain a core technology, at least on systems Windows 8 and Windows Phone 7 which together are intended to form the largest share of the future PC market in the most general sense.

Update: In December 2012, Microsoft closed the site silverlight.net. Links to the content are not redirected.

Update. In 2021, OpenSilver appears. It is a reimplementation of Silverlight based entirely on WebAssembly and which works on any browser without dependency on any system. The project is supported by Microsoft.

XAML has a future on smartphones

Currently the platform Silverlight and XAML offers features not available in HTML 5 and SVG (this may change).

Apple offers a framework dedicated to applications for IOS, and Google provides for native applications on Android the virtual machine Dalvik and the framework Harmony from Apache, in Java.

Microsoft has NET, an alternative to Java (or Dalvik) and XAML to define user interfaces.
On the desktop, the benefits of Silverlight is less obvious, unless you do want to build applications running on all types of devices, smartphone, tablet, PC, which seems very interesting indeed.

It was rumored for a while now without elaborating. We only knew it was destined to Windows 8.

Jupiter is a code name for a development platform which consists of an interface defined in XAML and connected to the local system.
It will display a more fluid and dynamic to achieve what Microsoft calls immersive applications, ie that hide the user interface and remove barriers between the virtual and the real world.
These new applications will be available on the Microsoft's App Store and will work on all types of devices, from mobile to desktop.

And a third type of applications will still work on Windows 8: traditional software for which compatibility will be preserved.

The fact that Microsoft refuses to adopt WebGL for 3D in the browser, which is offered by Silverlight 5, confirms the idea that the latter will remain supported by the firm. Unless Jupiter, the new platform for XAML offers this feature.

The future est now cleared, from the informations provided by Microsoft about Modern UI (formerly Metro), the new immersive interface of Windows 8.

About XAML, it will be a basis for designing applications under Metro which will also use JavaScript. So Silverlight designers have nothing to fear, even if they move to Metro, most of what they have learned will remain useful.
Metro will become the preferred platform for new applications running both on the desktop or tablets.