You've decided to your own website, not a blog but a reference site with pages of lasting interest. Rather than adding yet another digg-like in the list (digg-likes go very bad today), why not try something completely original? Here are some examples of sites based on a new idea, perhaps unique, and through this, now successful!

A specific and very positive social network where you do speak of only one thing, the goal of your life. You let it known by the others, then you say if you are able to approach or otherwise you expose your disappointments. Teach others how evolves your quest ...
The site is closed, perhaps an opportunity to take over?

The aim is to determine the time of your death. Enter some data about you and years will be displayed. This is not a macabre joke but rather a means to let you think about risk factors.

It's simple: we must describe an event of his life in just one sentence.

Original in its presentation, the site is also original in the content with a database of the most strange, bizarre beliefs and other incredible stories.

Can you run it?

This Web service scans your system and tell you whether it is sufficient to run a game Just enter the name of the game to check. 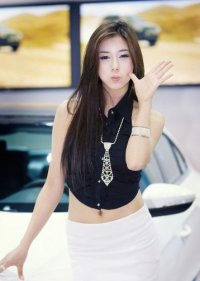 A compendium of quotations exclusively. You can get them by author, a search box or display them randomly.

You may have noticed while watching a film from Hong Kong that girls have often quite mysterious gestures. This site is dedicated entirely to the poses that have Asian teenagers, and their interpretation ...
Update: Unfortunately the site is now closed, but you may see the video instead on the right. 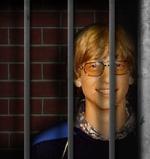 Shows  showbiz personalities who have spent time behind bars. This includes Frank Sinatra and Paris Hilton.

A site to find the grave of any notable person, it will be shown on the site with a short biography.

Everyone tells why companies refuse to hire he/she to a job which he/she postulates. Or why he/she was fired. Not necessarily for good reasons. For example John Lasseter has been fired by Disney because too focused on the moderns techniques. He founded Pixar, which will be bought by Disney and he became one of the new leaders of Disney! Another example is the founder of Whatsapp who made it after his candidacy was refused by Facebook. Whatsapp was later bought by Facebook for several billion!