Tizen, against Android and iOS

Why another operating system for mobiles? What is new in Tizen?

One might say, an OS yet again. But besides the fact that Tizen replaces two, we also see the decline of Symbian, of WebOS, a lack of interest in QNX, reducing substantially the number to just four.

For creating Tizen, Intel has deep reasons: the loss of a partner, Nokia, who turned to Microsoft, and the interest of new partners disappointed with Android but which do not want a system designed with Nokia's platform Qt. 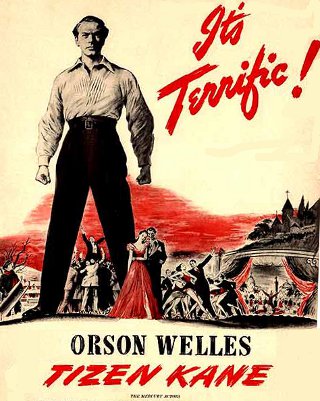 We can test this first version that is not without appeal, on the local machine through the emulator included in the SDK to download on developer.tizen.org, or simply using the browser. Development tools are also already available in the SDK.

Moblin system was created by Intel in 2007.
Maemo is a system for smartphones, based on Debian, launched by Nokia in 2005. In 2009 it moved to the Qt environment. Several Nokia mobile phones have used this system.
In February 2010, Intel and Nokia join forces and create Meego, which is the merger of Moblin and Maemo. GTK is abandoned in favor of Qt
One smartphone will use this system, the Nokia N9.

After the de facto breakdown of partnership with Nokia, which turned to Windows Phone, Intel gained another strong partner with the manufacturers of mobiles Samsung.
Hampered by the trial from Apple for Android pseudo-patents, encouraged by its government, the firm needs a new operating system. With many other manufacturers it supports the Tizen system.

Many things have happened behind the scenes, since Tizen also has the support of the Linux Foundation which will host the project and merges it with its own system, LiMo.

Samsung's Bada system (Bada means "ocean" in Korean) is based at choice on Linux or RTOS (with BSD code), but Samsung has announced that he was working for merging it with Tizen instead. This means that applications made ​​for Bada's SDK also runs on Tizen. The SDK itself will be replaced by or merged with Tizen software. Bada SDK has interesting capabilities such as integrating Webkit in a native application ...

It so happens that Bada has already a certain audience in the world market, accounting for 2% of smartphone OS used ... We could consider that this is the market share of Tizen whether users can upgrade their mobile with this system ... The new OS will run native Bada applications, and add a wide range of  HTML 5 applications.

In June 2012, Samsung has joined the board of directors of the Linux Foundation. This implies the firm has to pay $ 500,000 per year. It joined IBM, Intel, Oracle, Fujitsu, NEC and others. Google is only a "Gold" member. The interest of this news is that this confirms the involvement of Samsung in Tizen, based on Linux, such as Android. It may have other Linux projects, but its involvement in Tizen is clear.

The Tizen system designed by Intel and Nokia was based on Qt. But Samsung replaced the GUI by EFL (Enlightenment Foundation Libraries) which is especially unsafe (based entirely on pointers and using the strcpy function extensively!).

In 2016, Tizen turned to .NET core for its applications, allowing them to be portable and running on Android or Tizen. There is an extension to Visual Studio for Tizen.

What has changed between Tizen and Meego that justifies a new name (in addition to the merger with LiMo)?

Tizen uses as primary interface HTML 5, and it's not just a markup language, but also an amount of API produced by Intel, Mozilla and many other publishers to exploit the possibilities of all existing materials.
These APIs avoid the programmer to use native libraries for each different type of material as was the case with Meego. Programming is simplified.
But if we go to HTML 5, what will happen to Qt?

One reason for the creation of Tizen for Intel (as manufacturers), was to get rid of Qt, a tool from Nokia, on which was based the interface of Meego. However it will still work on Tizen even if not built by default. In the worst case you could turn to a third-party.

In fact it would be essential that Linux applications run on it, possibly with a re-compilation, so that the system offers an alternative to Windows 8.
That said, the privileged framework is WAC, a tool developed by Intel for interfacing applications with all materials.
On a more technical view, Tizen share with Meego the file system, Linux and hardware drivers and other middleware tools. But Meego applications are not compatible, mainly because Qt is not embedded in Tizen. However others are working on the implementation of Qt in Tizen.

Tizen is a competitor to Android and IOS, but it goes further. Tizen wants to be universal and works on:

We see that it is also a competitor to Windows 8 at least on tablets and netbooks. But why should manufacturer choose Tizen rather than Windows?

Contrary to what happens on desktop software like Office, Photoshop, etc ..., on the new Metro interface, Microsoft loses the advantage of compatibility requirement. We no longer need to use Windows for applications, since one starts from scratch with this new platform. Developers can focus on Tizen instead of Windows without extra effort.
If the information leaked is correct, Microsoft should receive a percentage on applications running on Metro that must all be downloaded from its App Store.
And we're talking about a percentage of 30%. Publishers surely will be reluctant to give 30% of their income to Microsoft.

It can happen to Metro what happened to IBM with the MCA protocol (long before PCI) that was to succeed ISA, all partners turned to a free system that offers the same benefits.

Android is based on the Linux system and is open-source, in some versions at least. Beyond the backend, it is essentially a Java device. Native applications are written in this language and run on the Dalvik virtual machine.

Android is facing claims for breach of "patents", very doubtful in practice, but recognized by the U.S. government, from Oracle to Java, and from Apple and Microsoft.
In addition manufacturers are concerned that Google now owns Motorola, and could favor its own smartphones. They will compete with the company that provides them their operating system.
The fee they do not pay to Google to use Android, they have to pay it to Microsoft.
So many reasons that can push Tizen.

Oh yeah! Proud owner of a Nokia N9 and a big Nokia hater. Now I'm testing Tizen 1 SDK over Debian. It rocks! HTML5 will fuck proprietary and closed crap. Goodbye flash and java, this is wonderful.