Should you use Oracle or use free software? These are they reliable?

There are several alternatives to Oracle to manage large databases. Here we make a comparison with PostgreSQL. But Cassandra, MariaDB, used by social sites dealing with millions of transactions per day is another possibility.

PostgresSQL, also known as postgres is derived from Ingres, hence the name post-gres. It performs better than MySQL (but is more difficult to install), and is a product entirely free that is experiencing strong growth.

The top websites all use alternatives to Oracle.

In 2014, the NHS, management service of patients in UK (80 million people) has converted its infrastructure, leaving Oracle in favor of Riak, a NoSQL solution. Riak is a key-value system. Cost saving are both on the software and the hardware.
At the same time the state of Oregon in the USA is suing Oracle because the management system of patients they have put in place is a disaster.

PostgreSQL is considered equivalent in performance to Oracle. One or the other may be faster for particular functions or time spent in optimization.

The SQL ability PostgreSQL is lacking is the parallel processing that is to divide a single query into parts that can be performed simultaneously. This has nothing to do with simultaneous requests from multiple users.

Oracle is generally granted a greater ease to set up clusters and partitioning. This could make a difference on very large database, with billions of or rows.

Prices are for one processor core. If you use a processor with four cores on a server, multiply the price by four.

PostgreSQL and Oracle are equivalent systems although one is free and the other very expensive. Nothing justifies the use of Oracle instead of PostgreSQL but for some sorts of very big databases.
Many specialised companies offer services for their installation, development, maintenance, in both cases.

With the new features introduced by version 9.3 of PostgreSQL, many users believe that MongoDB loses interest too, except when used with Node.js. 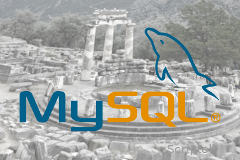 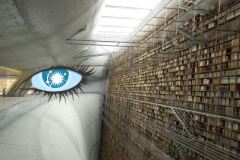