To create Web pages and documents such as handbooks that you want to put on line, which free software to use?
From text processing with HTML saving to online editors, solutions are various!

With a simple editor you have to open two windows, one for the HTML editor, the other for a browser that can view rendering by refreshing the page after each change. But  WYSIWYG editors go further, they can edit content on the page as it is presented to the user.

From the creator of NVU, BlueGriffon has a WYSIWYG ability like dreamweaver. In fact, the Gecko rendering engine is built into the software to display the pages like a browser.
The software offers the rare ability also provided by Dreamweaver to switch between the view and the source code while keeping the position of the cursor in the document.
But it also has its flaws. Loading a page for instance is rather tedious and accumulates unnecessary steps. When using PHP files, you have to select this option every time you load a new file, and I wonder why.
Works on Windows, Linux, Mac. Kompozer

One of the rare free WYSIWYG software for editing HTML pages, NVU has been created by the Linspire Linux distribution (formerly Lindows) but translated for Windows too. It is a fork of NVU made for improving the software. Its functionalities go even until uploading files on the server (superfluous with a ftp synchronizer). However, it retains a drawback from NVU: when we switch from design display to source code display (or conversely), you return to the top of the document, there is no contextual relationship between the displays.
The last version was released in 2010.

After Dreamweaver, Visual Web Developer Express is the most comprehensive HTML editor. Manages style sheets, using of a database, multiple views. When you select a part of text in design mode and switch to HTML source display you remain at the selected part contrary to what happens with Kompozer.
In the starting configuration, VWD does not recognize pages with .php extension as HTML pages. You must add this extension, and to do that, go to Tools -> Text editor (open it) -> Extension file. Add .php and associate HTML editor to it.
The download includes .NET 3.5 if necessary and so may take a while.

Live Writer was initially a part of the Essentials Suite and has a restricted use since it works only with Windows and .Net installed, and that it relates only to blogs, to which it is connected (it supports the majority of the formats). It is open source since december 2015.
It makes it possible to create pages offline, with a better Wysiwyg interface than what any integrated editor has, and it transfers then the post on the blog once realization completed, with images or videos.
The last time I tried it, I found that every time an article was updated, the images were posted online under a new name, which means that after several editions, the hosting is saturated with images in duplicate. So check that this defect has been corrected.

WYSIWYG web page editor, standards-compliant and produced by the W3C. Amaya is also a browser and allow to edit pages directly on line and shows errors in the HTML code.
Several tools are incorporated among other a command to change the DocType.
It is also an XML, MathML, SVG and CSS editor.

HTML editor from Mozilla included in the Seamonkey suite. It works locally and has a complete interface.

Included in the Chrome browser, this editor for the current page is best suited for the JavaScript code and allows "hot swapping", i.e. to modify the code while it is running ... Its strong point is the set of debugging tools.
To access the editor:

Code changes are visible in the current page.

Advanced Explorer's editor is suitable to edit files on the fly

Contents managers have an online editor, often rather poor, which justifies the existence of Live Writer. For the price of a limited look, with uniform page-setting, one profits from an automatic management of the site with classification of the articles in categories, generation of RSS feeds. The Pligg software which makes it possible to create its own digg-like and obtained a great success, the number of such sites increased exponentially but this is a thing of the past now.

These software have a complete editing toolbar. It is possible however to interface them to a CMS and tow tutorials on this site show how to use them on your own website to make online static HTML pages.
They may be used locally too.

LibreOffice contains a complete text processor which can also create lightweight HTML files that are acceptable as Web pages.
In the HTML format the documents lose a part of their visual quality also the software is better appropriate for documents such as handbooks, which will have a Web version and a printable PDF version, which preserves the quality of the original document.
Since version 4, LibreOffice is compatible with the CMIS standard for communicating with a CMS such as Wordpress (for Wordpress 3.5 a plugin is required).

An alternative, the online word processor Google Docs can transfer directly documents in Wordpress pages, as does Live Writer locally. How to use this feature is explained in the Wordpress how to.

To compete with Web Express for Microsoft, Google provides a software that has the same look that the deceased Expression of its competitor, which would build applications based on XAML. It is replaced by HTML with similar functions. A graphical tool may be used to make banners, which some see as a tool for creating ads.

Created by Google, set of tools based on Node and Ruby to make Web or local applications. Apparently originally designed for Linux, installing it on Windows is tedious. 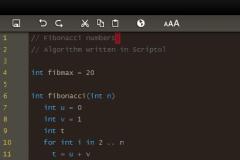 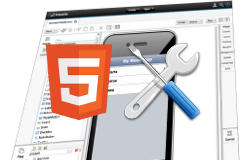