Aspect J is a Java extension that implements Aspect-Oriented Programming (AOP), a technique that modularize crosscutting concerns, ie can apply the same process to different programs.

AspectJ was made available in 2001 and AOP is developed at Palo Alto Research Center since 1994.
Here the unit is not the class, but a concern, that spans multiple classes. Concern may be for example, properties, area of interest of a system and AOP describes their relationship, and compose them together into a program. Aspects encapsulates behavior that concern multiple classes.
Aspects of a system can be inserted, changed, removed at compile time. 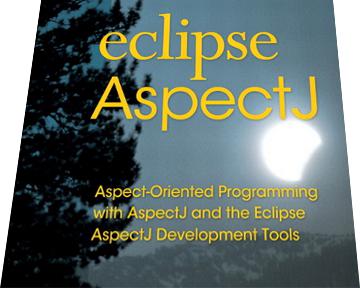 The difference between an aspect and a class can be expressed as an example. Suppose management user registration is a class, then it is composed of methods used by each program that uses the package. But if user registration is a "concern", then it mixes with other packages of each program using it. As a class, it may be replaced by a different concern. The concern provides interaction with other processes while the class knows only its own attributes.

Using AspectJ can reduce dramatically the size of a program without a lost in performance, and simplify the design in the same degree. It improves modularity and reusability of code. And it is especially useful for debugging large projects.

Providing aspects to Java code is based on the following principles: