Patents: the turn of robots

The litigious frenzy that seized mobile manufacturers with in the wake a cloud of parasites patent holders, may soon be extended to robotics as well.

A patent on the humanoid robot

Patent number US8511964 was granted in August 2013 to an American company for a robot described as follows:

This robot has a torso, a pair of arms with a pair of elbows. Each arm has several pivots. The neck is in line with the torso (this is a good idea and very new). It has at least one pivot (we guess it can turn its head). It has a head and there is a space between the shoulders .

The moron who granted this patent has probably never heard of the movie Metropolis by Fritz Lang, published in 1927. In addition, as can be seen in this gallery of humanoid robots, published in 2008, machines that match this description are commercially available for a long time, the "invention" is a little late. 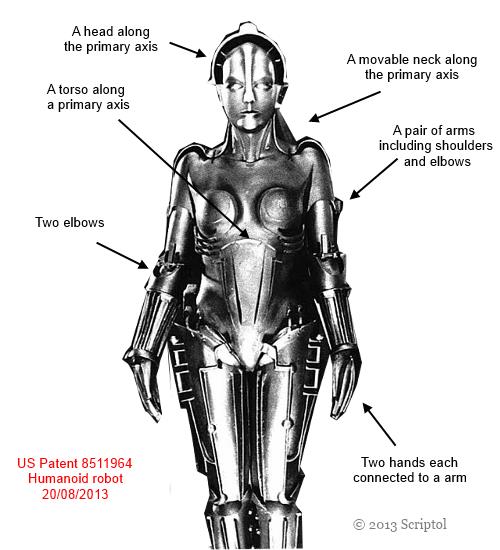 The details of this invention have a sense of déjà vu 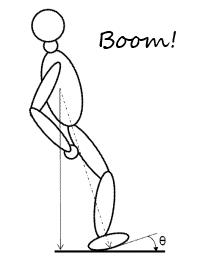 A patent for a robot which can fall with ease

There is an invention by Aldebaran, the maker of Nao. The patent application US20130231822 A1 (it is not yet granted), describes this brilliant invention like this: when the robot realizes that it is quite close to the ground, thanks to its sensors, it sets up a strategy intended to smooth its fall !
I much prefer the idea of ​​Big Dog, this robot keeps its balance in all circumstances. This successor to Nao should be called "Boom".

Humanoid robot that can walk

One might think that walking is characteristic of the humanoid, but a trio believes that this is actually his idea. Locomotion is crucial for a robot description they said - on this, we do agree - but it must remain stable. It would not have been thought. A robot that move without remaining stable would be funny to look at but apparently that is how do robots before was coming the inventor of the stable process.

The list of these patented or pending USPTO peudos-inventions is actually endless. Although the press has not echoed trial in the field of robotics, given what is happening in mobile phones, and knowing that robots are destined to become even more widespread, all this is not encouraging.