After the computer, the mobile phone, robotics is the third technological revolution to come. 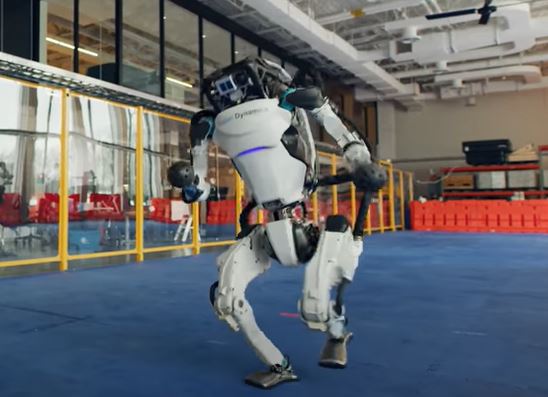 We're surrounded by robots, machine washing is one, household robots are increasingly common, and industrial robots while not seen are inhabiting the plants, but the essential is humanoid robot.
Although many models of such robots exist and many companies are engaged in this field, androids we could make to do many services are not widely available outside Japan.

And it's probably because they still lack mobility and adaptability. It is certain that for the robotics revolution snaps, two qualities always must be given to the robots:

The premium is necessary for a greater autonomy, with more flexible and varied gestures, the second to really engage the public aware robots. There are actually several IDE to program robots. We'll make a comparison one day soon.

In this section, we want to give an overview of the humanoid robotics, programmable, and follow their evolution.

From 3D printer to robot builder.

The distant future of humanity and robots. Gallery of images.

Economy and robotics. How will operate a world populated by robots.

Patents: the turn of robots.

Robotization is in progress.

Bad robots in movies and the reality.

RoboEarth. A Web to allow robots to share their knowledge, functioning as the Google search engine and Google Earth.

Robots of the World.

How to make an android

How are or will be established component of the body and brain of androids.

Anatomy of an Android.

How to give intelligence to the robots?

Deep learning and object recognition. The concept of network is at the heart of research in the field of software learning.

The Moravec's paradox solved. Allowing robots to develop, not to ask them to know everything immediately ...

Humanoid robots. Human-like robots, with models you can buy now.

The Google robot. Based on all the technologies available to the firm, we can already imagine what will be this robot.

Programming and making a robot

Artificial vision for an android robot.

Locomotion. Let robots walking and other way of moving.

Chatbots. From smartphones to robots.