Robots in the world

The robots in the world in video. 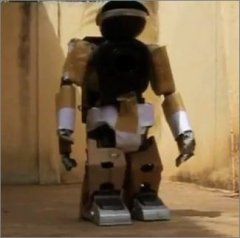 Africa embarks in robotics with SAM10, an android robot built entirely with elements from recovery. Yet he is able to move!

Sam Todo, a Togolese, is obsessed with robots. He gave his name to a model he made himself from parts of television sets.

Besides the challenge he sees in this embodiment a means to encourage young Africans to turn to science. 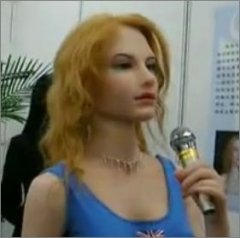 A very sexy android and she sings. Or rather, she has a tape recorder hidden in his chest because technically, this robot is very limited. She just moves his lips imperceptibly!

But as shown in the video, this robot tape deserves still talking about, because it shows that a machine can be quite sexy, and does not resemble the Terminator or ABC robots of the film Judge Dredd!

Dion is a Chinese production and not Japanese or Korean as most androids. 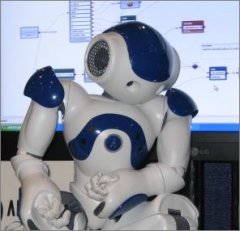 Nao is a programmable robot for entertainment. and research. The manufacturer studies specially the interaction between humans and robots. 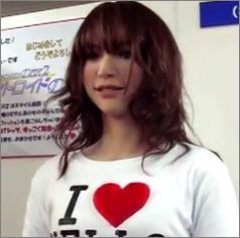 A stunning realistic android. DER2 speaks and have expressions perfectly as human and worthy of a TV presenter!

The speech and lip movements are not synchronized, but it is also the case when we see a foreign film whose voices are local.

This android would already be able to present a program! 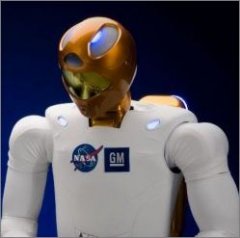 Produced jointly by NASA and General Motor, the robonaute is designed to work with a team of workers or human scientists.

NASA will send it into space where he can perform dangerous missions. General Motors wants it to work in its factories with production workers.

All major Japanese companies have a robot model in their catalog. In Europe and the USA on the contrary, these are specialized companies that engage in robotics, with notable exceptions such as Robonaute from General Motors in collaboration with NASA. 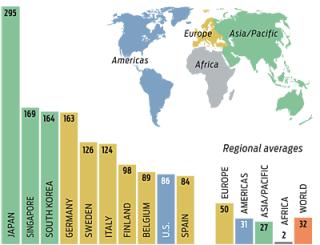 Number of robots for 10000 workers