Review of robots able to imitate human and replace them in common tasks.

They may be humanoid or bioloids they will soon work among us. We do not know if future houses will be made by robots or 3D printers, but various tasks may be performed by Androids. 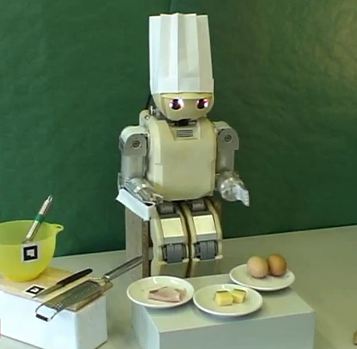 Professionals such as robots. They works in all industries...

Autonomous: EATR the robots that eats.

Vgo avatar goes to work for you. Telepresence implementation in the business or school.

Bee and insectoids. Robot bee and other insects or cyborgs.

Clone: Geminoid. These clones that resemble perfectly to human and have their expressions actually are avatars.

Little Dog. An experiment on locomotion.

Household robots. Roomba, the cleaning robot, is the most popular.

Mason. It is easier to create a mason robot that a combustion engine.

Warrior. (Video). In this demo, he carefully refuses to shoot a man. It's the anti-terminator. The operational version should be different.