Full text editor based on Ace, to work on multiple projects. Requires Electron. 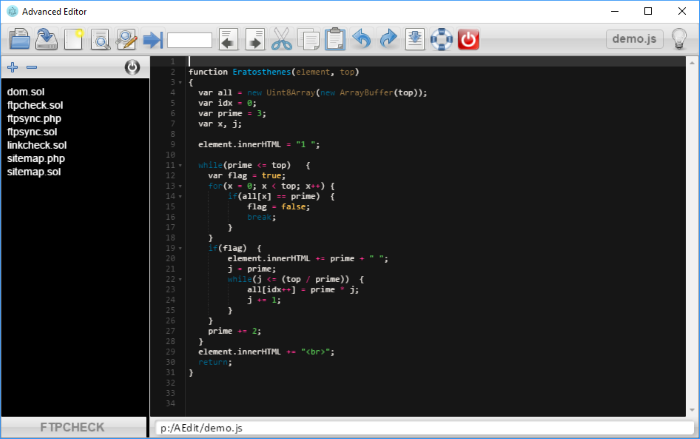 Advanced Editor is a programming editor especially designed to users like me who have to switch frequently between several projects.
It work locally with Electron.

Advanced Editor with version 3.0 becomes Cryonie Editor. It is hosted on a new site and integrates the management of a database.