The year 2009 of programming

Blood Frontier is a free action game using open source frameworks: OpenGL and SDL. It works on all systems and can be modified by users.
Open source games are taking the place abandoned by ID and Apogee with their popular shareware: Woldfenstein, Doom ...
December 11, 2009.

The universal graphical and open source framework from Nokia is in version 4.6. It is now compatible with Windows 7 (with multi-touch) and Snow Leopard among others OS and especially mobile systems.
It has more graphic effects and animation capabilities.
It is compatible with OpenGL, Webkit, OpenVG, DirectFB.
December 2, 2009.

Unity is a game development platform for all operating systems, including mobiles and consoles like Wii.
It contains a module for creating scenes in which we build a scenery, add objects and creatures associated with scripts. Examples on the site show what can be achieved with the software.
Unity is a free with fee for a pro license.
November 28, 2009. 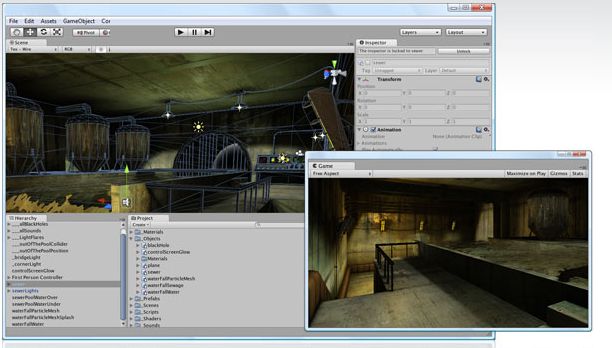 Based on C, it will combine the security of a statically typed language with the simplicity of a dynamic language. It incorporates a garbage collector, is concurrent.
It looks like Java but simpler and can be an alternative at least for lightweight applications. It is open source. November 10, 2009

The Java Neural Network Framework is a framework usable by image recognition software. It is now available for free and open source.
The tool includes a network editor with GUI. You can use the software for tasks such as face recognition, classification of photos, etc. It contains Java classes and and implements different kinds of neural networks.
October 12, 2009. 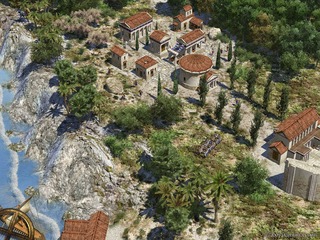 The screenshots show the realism of applications and games that can be achieved with the 3D engine.
In fact O.A.D is a 3D strategy game in real time (as opposed to turn-based). The source code is now under GPL and graphics under Creative Common license.
July 16, 2009.

According to an article on the SD Times site, in recent times, developments on Linux in .NET outpaced developments in Java.
This is in part due to the action of Novell, which distributes the Suse distribution and Mono, but also to the graphical development tool MonoDevelop, more complete than the equivalent IDE for Java, Eclipse.
July 10, 2009.

.NET under Linux without risk

A controversy arose about the integration of Mono in the Debian distribution because the open source community worried that Microsoft will rely on patents on technologies that are implemented. To reassure developers, Microsoft has put the two basic components of. NET, CLI and C# under the Community Promise license. A guarantee that it renounces to any claim on this issue.
.NET allows to make applications that can run on Windows or Linux without changing the code (like Java). And it is also the way of using Silverlight (or Moonlight on Linux), without reserve about the operating system of users.
July 7, 2009.

How intelligence comes to games

In an article on his blog, one of the creator of the game AI War: Fleet Command explains how was completed on artificial intelligence system that makes the game so close to human intelligence.
The intelligence of the game is decentralized in units with a combined capacity that creates an artificial brain.
Each unit uses a combination of fuzzy logic, rules, decision trees, which were easier to implement that would have thought.
June 3, 2009.

To reassure users on the Google Update software that automatically updates Google's products installed on a computer,, who may fear that the software transmits personal information about the computer and its owner, Google has just put the tool in open source under the name Omaha.
The software is under a free license and can be used to update any software, whether or not from Google. The code is written in C language.
11 April 2009

To improve the performances of Web applications, Google has just put open source its JavaScript compiler with a framework and a template system to generate HTML pages.
The compiler is actually a optimizer and obfuscator which compresses the code and remove everything is redundant. It can be debugged with Firebug.
Closure Compiler. November 6, 2009.

Suse Studio allows you to build a Linux distribution based on your preferences, then to create an ISO image or USB, Xen, VnWare, or to create a Live CD. This is done online on the site with a few mouse clicks ...
August 3, 2009.

The Android SDK is available in version 2.0. The new framework adds function in the field of messaging and contact management and synchronization.
The interface with a camera is now very developed with control of the zoom, colors and other settings.
The virtual keyboard, browser, calendar are also improved. Bluetooth is now supported.
October 28, 2009.

For the second time, Google is launching a developer challenge for mobile apps, on the Android 1.5 platform, whose the best price is 250,000 dollars.
To compete, the applications should not have been released before 1 August 2009. End of submissions on 31 August 2009.
July 6, 2009.

Version 1.5 of the Android platform for mobile devices is available for download.
The development of software on this platform can be done with a plugin for Eclipse: ADT 0.9.
It now has voice recognition, new widgets, bluetooth and others as indicated in the list of new features.
For Windows, Linux, Mac. 15 April 2009

Good news for programmers. Nokia, the new owner of the Qt graphics library (at the base of KDE in particular) comes under the LGPL license from version 4.5. It is expected to be released in March 2009.
The LGPL license is one of the most permissive and allows to freely integrate the library into any software.
14 January 2009.