WindowBuilder is the leading tool to build interfaces for Java applications. It became the property of Google after the acquisition of Instantiations in August 2010.
It will now be part of Eclipse along with CodePro Profiler used to optimize applications.
The value of these two programs offered to the Eclipse Foundation by Google is estimated at 5 million dollars.
WindowBuilder allows to constructing interface based on Swing, SWT, Google Web Toolkit, among others.
December 17, 2010. 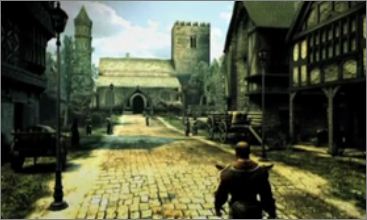 The universal game development platform for computers and mobile goes to version 3.
You can create beautiful 3D scenery with new light effects.
Compatible with IOS and Android.
September 28, 2010.

QtQuick made its appearance, it is a kit to create interfaces using QML, the description language, JavaScript, a framework and QtCreator, the integrated development environment.
QtNetwork shows whether the application is online or not. QtWebKit also offers new functions.
September 21, 2010.

Apple changes the 3.3.1 term and open iOS to other frameworks

On September 9, 2010, Apple has abandoned any restriction on the tools used to build applications for the iOS and AppStore.

The 3.3.1 term stated that only software written in Objective C, C + + or JavaScript can be included on the AppStore. No over-layer and no framework was allowed.

Avoiding the creation of a sub-standard

The reason for this previous restriction was that the firm is concerned that a framework will become more important than the device, especially if it is portable, which is the case of Flash, and wants not programmers to target the framework rather than the mobile itself .
That would have a negative consequence: it is the publisher of the framework that will decide which new features to provide rather than the manufacturer of the device. Its features will be considered only when the framework evolves.
Apple wanted to the contrary to mark the difference with the competition by using the unique features of the iPhone.
By prohibiting the use of frameworks other that Apple's one, the 3.3.1 rule blocked this possibility. This is now abandoned.

Moreover, frameworks have mainly the advantage of reusing the same code on different devices, whatever Apple does not want, nor did the users of the iPhone. This affects only the programmers.
Programmers do not have to go to Objective-C (or C++) language, and directly use the API provided by Apple. 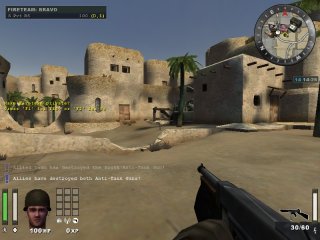 Oracle is suing Google for its use of Java

We thought Java was more free than . NET, but since the acquisition of Sun its creator by Oracle, things seem to have changed.
What is the grievance of Oracle against Google, which has yet made to it a great promotion in adopting Java as the default programming language on the Android OS?
The fact that the implementation of Java in Android is different from the standard, mainly in the Dalvik virtual machine, and thus it competes with the Java on mobiles platform with non standard applications.
August 13, 2010.

Earning money with a browser

A new revenue source for programmers and hackers: Find a security hole in a browser.
Mozilla offers $ 3,000 through the Bug Bounty program.
Chrome offers $ 3133.7 on the Security Page. Or only $ 500 for smaller bugs.
Bill Gates when he was student was offers free computer time by finding bugs in operating systems. In fact, it found as much of them that the publisher preffered to stop the program.
July 21, 2010.

Using the Scripting Layer Android (SL4A) which allows to run various scripting languages on Android (natively designed for Java), it is possible to use PHP apps on this OS.
The PHP for Android project from Irontec is under development and provides an interface between PHP and the Java APIs of Android.
This will allow webmasters to bring their applications to the most promising mobile operating system .
July 16, 2010.

This initiative brings together the major manufacturers involved in Linux-based mobiles: Arm, Texas Instruments, IBM, Ericsson, Samsung, Freescale.
And this applies to systems based on Linux, namely Android, Meego, webOS. The aim is to produce open source development tools running on all systems and tested regularly on each of them.
June 3, 2010.

RDS: A tool for programming robots 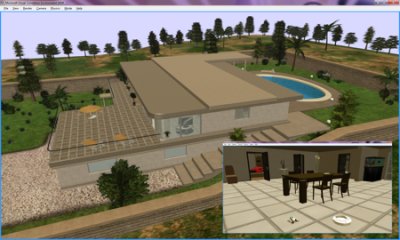 The Microsoft's Robotics Development Studio is available since 2007, has been downloaded a million times and has 60,000 active users. But the full version was paid. Microsoft has decided to distribute it for free now and make the source code for sample applications and modules available.
The visual interface of this tool allows you to associate actions with components of the robot and the environment simulator can recreate a 3D world in which we can test its behavior.
It is compatible with such iRobot, Lego Mindstorms, CoroWare ...
There are other platforms for programming robots, including ROS from Willow Garage and Arduino for hardware design.
May 21, 2010.

The Native Client SDK is available

It includes everything needed to start a native application running in the browser:
- The GCC compiler modified.
- Some libraries like zlib.
- Examples of code.
Your applications written in C or C++ can run on Chromium, the open source and development version of Chrome.
May 12, 2010.

Apple launches the iPhone 4 and with it a new rule is imposed on developers of applications for iPhone that only development tools designated by Apple could be used for an application to be accepted by the App Store. And only the Objective C, C, C++ and JavaScript language will be accepted for the source code.
The aim is to prevent an application written for the iPhone to be reused on other systems, like Google's Android or Microsoft's Mobile 7. Or according to Steve Jobs, the goal is to prevent a development tool becomes the de facto standard for programming on the iPhone and other mobiles. (See link below).
To do this they want to exclude several development tools:
- MonoTouch which compiles C# on all phones.
- Flash-to-iPhone in Adobe's CS5 that is also cross platform.
- Titanium. A cross-platform framework.
- Unity a platform for game development. Can produce C code, but C# developers will stay at the door.
April 9, 2010.

Because they lead to security vulnerabilities and allow malicious script to enter into the system.
They were identified by an expert group and published on Common Weakness Enumeration.
The main are: cross-site scripting, bad-formed SQL commands allowing code injection, buffer copy without checking the size, lack of access control, etc. ...
A list to consider carefully for any application connected to the Internet.
February 18, 2010.

Programs for all mobiles

Wholesale Applications Community is a consortium of operators from all countries, including AT & T, Orange, Verizon, Sprint, among others, which launched a common platform so applications to allow developers to create a single application that will run on all systems. And they are numerous: Meego, Android, iPhone, Windows Mobile 7, Symbian, WebOS and more ...
To achieve this result, WAC is based on two platforms:

Web applications designed as widgets that you add on all systems is an idea that can work. Furthermore, support for HTML 5 to turn the pages in Web applications will also facilitate the universality of software.
February 16, 2010.

Intel and Nokia today announced a partnership for a common platform based on Linux, but that will also merge two existing mobile systems: Moblin (Intel) and Maemo (Nokia) both replaced by MeeGo hosted by the Linux Foundation ..
Meego will inherit tools from Maemo, so the Qt runtime and the Qt Creator IDE. This will allow to bring easier local applications under Qt, on mobiles. It is open source.
This is one more OS for netbooks and mobiles, next to Android, WebOS, Windows Mobile, Symbian...
February 15, 2010.

And that is Facebook has done this rewriting of the runtime, plus added a compiler! The consumption of CPU time is reduced by 50%. One can expect that lot of hosts adopt this accelerated version of PHP, because the source code is provided for free by Facebook.
HipHop converts PHP into C++ which is compiled into machine language. So it is a binary code that runs.
February 2, 2010.

Google offers $ 500 if you can identify a security vulnerability in the Chrome browser. The premium can be up to $ 1337 if the issue is particularly critical!
This is for regular contributors to the code of Chromium as well as any outsider who wants to contribute.
Answers to your questions are given in the FAQ of the Chromium blog.
January 30, 2010.

To develop in PHP for Palm WebOS

WebOS offers to developers another possibility to create mobile apps, next to Android, iPhone, MeeGo and Windows Mobile 7. It is now possible to participate for free (and for some times) to the development program on WebOS. Adding an application to the catalog costs $ 50 however.
You can make an application in PHP, Java or other languages, and with the Eclipse IDE.
Palm's future however is uncertain and therefore it is the same for WebOS.
January 9, 2010.

What C++ compiler to choose?

According to the article by Agner Fog, the best compiler for critical applications requiring a perfect optimization is that of Intel. However, this compiler has a big flaw: it generates code in multiple versions, an optimal version that is enabled on Intel processors, and a version deliberately slowed for AMD processors!
This has been the subject of a lawsuit lost by Intel and an antitrust complaint by the Federal Trade Commission (FTC).
January 8, 2010.

Portable Linux applications with CDE. CDE is a tool for creating the package of an application with its code, its initial data and its environment so it can run on any Linux system without having to fear a dependency problem, as often happens with regular programs.
November 13, 2010.

Qualcom launches a contest of augmented reality apps on Android with $ 200 000 price ...
This contest is open to all except residents of some countries. The winner will win $ 125,000. You must present your project before January 7, 2011.
And to achieve this kind of application, Qualcom also provides an SDK for augmented reality.
October 5, 2010.

Diaspora is an open source alternative to Facebook. The code was released on September 15 and now developers can contribute to it. September 16, 2010.

CoApp, update manager for Windows. Windows launches a project of management and update for software to open source on existing models under Linux (apt).
This should facilitate the port on Windows of open source software running on Linux.
April 9, 2010.