Defined for web pages, it is originally a standard format for any documents displayable locally by a web browser or a recent word processor. But it became language of user interface for web applications with the version 5, and so has replaced Flash. 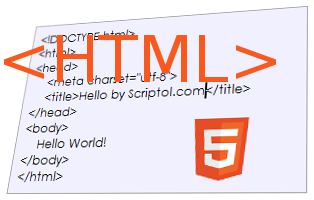 HTML, the HyperText Markup Language is a subset of SGML, (invented by IBM in 1969) defined by the W3C consortium. It is a document description language, that uses tags for properties. This is the format recognized by web browsers.
DHTML, dynamic HTML, is the combination of HTML and JavaScript. The CSS, cascading style sheet, adds the style sheet feature of word processor to HTML.

The development has stagnated from version 4, the W3C polarizing on XHTML but could not reach a consensus on its definition.
An independent initiative to a new standard , the WHATWG, re-launched it under the name of HTML 5, which led the W3C to rally to this new format and to make it the current standard.

HTML 5 is no longer a document format but an interface language for online applications or even with new operating systems as Firefox OS, Chrome OS, webOS, for local applications too. The JavaScript section on this site gives several examples of using HTML as interface as local application with Node.js, even if the programming language is PHP.

Originally, the language is not expandable as is XML. The developer can not add new tags and assign them a role that browsers can consider. But HTML 5 frameworks implement the Web Components standard to give this extensibility, they are mainly Polymer, X-Tags from Mozilla and Angular. These interface components working on the client side can eventually interact with the server, through Ajax, WebSocket, WebRTC.

XML syntax whhose HTML derives is verbose, which is why it is often preferred JSON for data files to be processed by an application, but it has the advantage of readability.

The specification of HTML and all standards of the Web is on W3C, the site of the consortium that defines the language.

A validator is available to check the validity of your HTML code.

HTML 5 Forms, show the code of all new form objects to check if they are implemented in the browser.

There are many HTML editors working in WYSIWYG (direct editing in the final presentation) and which are well-designed. Here is a list: 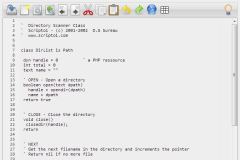