WebGL: 3D in the browser

WebGL is a standard for programming in 3D with the browser as platform. The final specification of the standard was published in 2010 and is defined by the Khronos Group, a consortium which is also in charge of Open GL and Open CL. It allows to make animations, interfaces or 3D games running both online and offline. 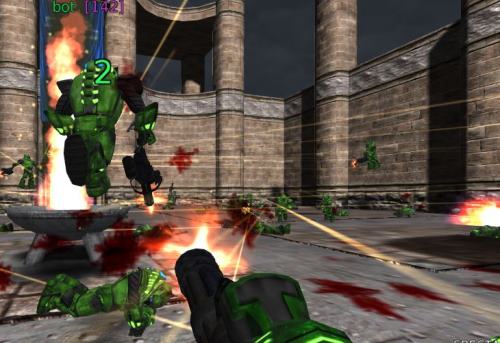 Demo of Unreal Turnament in the browser

OpenGL has not always got unanimity. Google previously followed a different approach with 03D, whose authors expressed their views on WebGL, and crititized the framework.
They decided then to go further and turn O3D into a JavaScript library instead of a another plugin. Is is now a complement to WebGL.

Google so supports this technology that fits entirely within its intent to bring applications on the Web, and this complements projects as Native Client, Google Chrome OS.
It is also supported by Nvidia, manufacturer of chipsets and graphics cards, AMD, a manufacturer of microprocessors, Ericsson, a manufacturer of mobile phones, Mozilla, Opera Software.
These actors participate to the Khronos group that defines the specification. Microsoft has joined the Khronos Group in 2014.

WebGL is an interface between JavaScript and Open GL ES 2.0, a library in native code that directly accesses the hardware of graphics cards. There is a version of Open GL for each model of graphics card, which typically is installed by the operating system whatsoever.

The rendering is done in Canvas, a graphics display surface which is part of HTML 5 and is already implemented by all modern browsers. WebGL can be used on other platforms, whether they use WebKit in particular.
Thus WebGL runs on a browser supporting Canvas and with a JavaScript framework (see list in resources).

The use will be greatly simplified with the addition of a JavaScript framework to interface with the application. There are many:

A demo of Quake II running in browsers supporting HTML 5 was made by Google. It does use the Java port of Quake, the Google Web Toolkit and WebGL. Many other demos were posted online too. 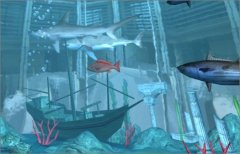 Specification of the standard API.

Want to learn WebGL? Get the free book WebGL Insights. Or a direct link.

WebGL on which browsers?

WebGL works with OpenGL on most computers.

With ANGLE (Almost Native Layer Graphics Engine), an interface produced by Google, it also works with Direct3D that is a part of DirectX and allows to use WebGL over DirectX.
This for configurations of Windows that do not have an OpenGL module.
ANGLE should also enable mobile application developers to achieve the development phase on Windows.

Microsoft did not want to support WebGL on the grounds direct access to a system library would create a security breach. Even if Silverlight 5, its competitor and proprietary system does it too (through XNA that is partially embedded) as does everything in compiled JavaScript code.
However, version 11 of Internet Explorer fully supports WebGL and it is very powerful, similar to competing browsers in 2013 (which use an additional layer to DirectX on Windows).

For other browsers, there is still a solution: JebGL run WebGL apps on any browser by using Java applets as a fallback. This includes Internet Explorer until version 6.