When animals become robots, they are called bioloids. Some astonishing examples of bioloids. 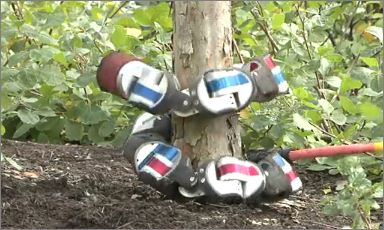 It can climb a tree, as shown in the video to the left ...

The Biorobotics Laboratory of the Carnegie Mellon University (Pittsburgh, Pennsylvania) has designed this versatile animal, capable of moving in different ways, rolling, crawling and writhing.

The advantage of this bioloid is being done of similar modules, it is easy to manufacture and can be extended as much as we want ... 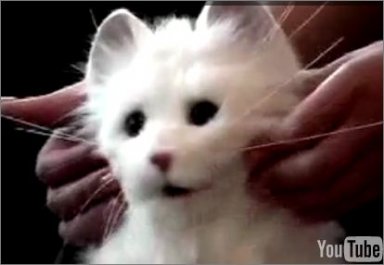 Very nice to caress this robot cat with synthetic hair and perfect for those who are allergic.
Equipped with sensors that enable it to react to human gestures, he can move his head, close eyes, meow.
If left alone for a moment, it goes into sleep.

Do not pull her tail, it can be very angry!

And of course, no need to change the sandbox or to prepare a meal ... It is produced by Sega and is worth a hundred dollars in Japan.

Note that there is a laboratory robot dog (little dog) whose purpose is mainly to test the locomotion, but that should one day soon provide the basis for creating artificial pet care, that can behave like true! 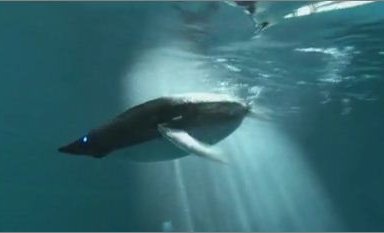 The company Festo has made AquaPenguin, a realistic robot penguin who can swim like the real animal. The sonar with it is equipped can avoid collisions with surrounding objects.
Except in the cinema, the robot penguin seems to have little practical applications, but are primary role is to test technologies to be used in the industry then, for example to make members of other robots. 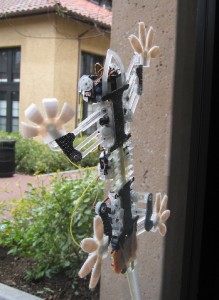 The robot that adheres to the walls. Stickybot is based on the Gecko and can move vertically on the walls. Its possible applications are endless.

Researchers have found themselves facing an insoluble difficulty in their attempt to design a robot capable of climbing walls: we knew how to create tabs that adhered to the walls, but then how to remove them?
The solution was given by nature and the discovery in 2006 that the gecko had a directional grip on objects. It is based on purely mechanical factors. His legs are covered with fine hairs split into spatulas finer still. Their ability to grip in one direction operates through an interaction that is known as van der Waals force.

The robotic version of gecko's foot is made of silicone.

Stickybot was nominated Invention of the Year by Time Magazine in 2006.

MIT has developed an artificial fish robot, swimming in the same way that fish and so fast.
Surprisingly, the fish robot has a simple design (in contrast to previous experiments): it has a simple engine and only ten components for its structure and to animate! It therefore includes the envelope, a polymer sheath completely waterproof.
It measures about a foot long.

The advantage of this machine is that it can explore areas inaccessible to ordinary vehicles or people, or too dangerous. A sunken ship containing toxic for example.
We may also use them to detect marine pollution.
Apart from their size and their ability to swim, these robots have another advantage, they cost little to produce and we could lose some without great damage ...

Encouraged by the success of their robot-fish, the MIT researchers plan to address the locomotion of other creatures such as lizards and birds.

The SmartBird flies just like a bird and we do not distinguish between a seagull to 50 meters. Closer we see that his body is metallic.

Currently the smallest flying robot, it flutters like a hummingbird, so quite independently. The "nano air vehicle" was built by the Aeronvironment California firm.