This method applied to pattern recognition seems more efficient than any algorithm.

The principle is to learn the most advanced concepts by first learning the basic concepts. 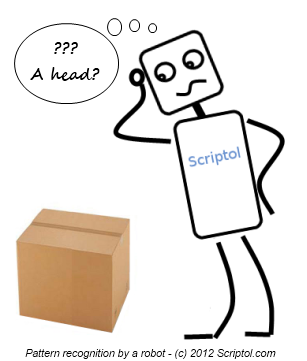 If you want a machine to recognize objects, there are several ways to depict these objects. We must therefore seek the representation mode the most efficient for a machine and one tends to think now that deep learning is this one. We will see that this approach implements concepts often found elsewhere, for example in the human brain where neurons interact to form patterns or social networks where are formed groups of influence.

The concepts involved in deep learning in robotics ...

We see that most of the research in the field of learning are concerning the recognition of objects. The ability to identify and differentiate objects is indeed the basis of the intelligence of robots which must move in an environment and interact with it. Subsequently, to learn behaviors based on a goal, is possible and not necessarily very difficult to achieve.

We also see that the research is focused on creating algorithms to achieve the recognition of objects, but the jargon that is used (see reference links) is more than a deterrent. Can not we achieve the same results without spending months or years to build algorithms that operate actually only in very restrictive field?

Another approach that is the subject of a patent (8,254,699) is a software to view videos and pictures in large numbers in order to identify the objects and their role according to their location in the images. Names are given to objects and properties are assigned to names that are all derived from what is done with these objects. This may allow a form of appentissage by imitation.

An idea which then come, could we use all available knowledge on the Web, whether through search engines, social networks, surveillance systems, to identify objects and assign properties, as does Google with its knowledge graph with cards on a person or a place, a thing, and then use this knowledge to give intelligence to robots? 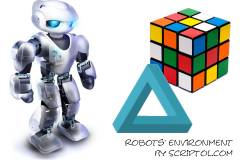