Solving the paradox of Moravec

The hardest in robotics is often what is easiest for humans. Paradox.

The paradox stated by Hans Moravec, from the Robotics Institute of Carnegie Mellon, is that it is often easy by combining simple elements to achieve results in terms of logic, calculation, or behavior, but on the contrary it is very difficult to get a robot recognize objects, the language, meaning. All these things that are natural to human and that it does without even realizing it. 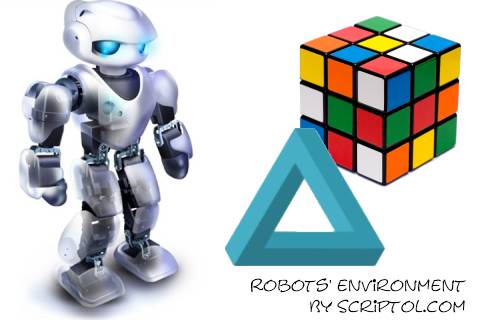 This paradox is even more crucial when one refers to the cognitive age of a person. What only an adult can do, follow a reasoning, implementing a strategy, the artificial intelligence can achieves it for a long, but for the robot it is hard to simulate what a child can do when it comes to interact with objects, move, recognize a person, or associate memories of learning to a situation.

It is not without drawbacks. It could be easier to replace analysts than laborers. We think for example to this programmer who has developed an algorithm to make a computer write a book on any subject and has already started selling automatically generated books on Amazon ...

The problem that arises is how to resolve the paradox, because it would be embarrassing that the machines get intellectual positions, while humen are restricted to perform manual tasks, and fill with respect to machinery the role that the animals have towards humen! In other words, we must find the simple elements that can be combined to create features for pattern recognition, locomotion, grasping, appropriate response to a situation.

A first track for the solution of this problem is based on the paradox itself, as described by Moravec (in summary).

"Encoded in the large, highly evolved sensory and motor portions of the human brain is a billion years of experience about the nature of the world and how to survive in it. The deliberate process we call reasoning is effective only because it is supported by this much older and much powerful, though usually unconscious, sensorimotor knowledge."

We should not simply try to build robots, but rather build sets consist for a part of android robots, artificial humans and for the other part of artificial objects representing the objects in our environment, but designed to be easily apprehended by the intelligence in development of the robot.