Cyborgs will become numerous very soon in Japan, thanks to the sale of an exoskeleton that enhances human power 5 times and whose mass production began. The plant will have a capacity of 500 units per year initially and are contracted to develop the cyborg and its production.

Overall, Japan produces exoskeletons to help people in need to move while the U.S. aims them to the soldiers.

This model is designed for paraplegics and wants them to walk directly without waiting for progress in the field of stem cells to rebuild an altered nervous system.

The artificial intelligence system of the exoskeleton is based on the behavior of the body to adapt the movements of the lower limbs it controls.
The batteries have a battery life of 6 hours if you walk at a speed of 3 km/h.
The marketing will begin in 2011.

HAL is an acronym for Hybrid Assistive Limb. It was developed by the robotics Yoshiyuki Sankai, and is presented as aid for medical personnel for the disabled as well as forced laborers. There is little doubt that its use will extend far beyond.

The metal structure that surrounds the member is covered with sensors that detect under the skin electrical signals transmitted from the brain to muscles and transmit them to other micro-motors that drive the exoskeleton.
A battery gives them the energy required.

The technology is identical to that of robots. Only the command mode is different. 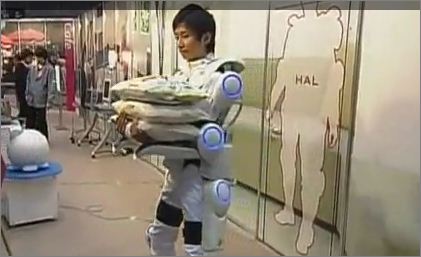 The military exoskeleton HULC from Lockheed Martin will produce super soldiers that can carry 100 kg of load over a long period.

But what will happen if the exoskeleton runs out of energy on the field of battle? To avoid this, Lockheed wants to replace current lithium ion batteries with fuel cells for up to 72 hours of continuous activity. The company Protonex Technology Corp. does propose such an energy source.

HULC (Human Universal Load Carrier) is a mechanical structure allowing a man to carry loads up beyond human capacity to walk and even run with.

The video shows that this does not affect significantly the mobility and we can take any position with the natural "armor". Several super-soldiers uniting their forces could return a car. 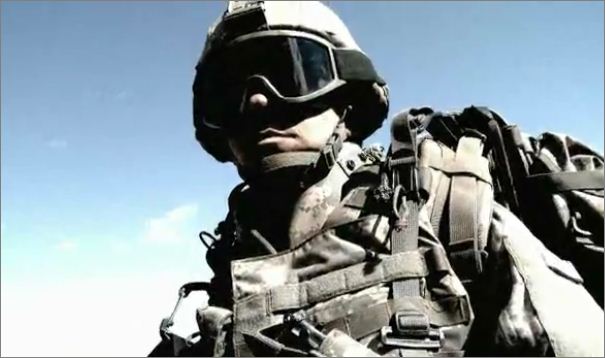 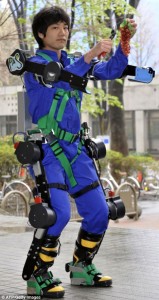 After HULC for the U.S. Army and HAL in Japan to assist disabled, or leverage their strength, it is the farm work that is now covered with Power Assist Suite, developed at the University of Tokyo from 15 years.

This exoskeleton has eight electric motors, sensors to detect movement and transmit them to the engines, and can respond to voice commands. It manages to reduce the effort up to 62%, according to its designers.

The goal here is to facilitate the movement of a farmer, especially when it gets older, help to recover or bring charges, raising the arms.

Two versions exist, one of 30 kg for the hardest tasks, carrying of baskets or hoods, for example, another 22 kg for easier operations such as fruit picking.

His initial costs will be around US$ 6000 and is expected to decline dramatically with mass production.

XOS 2 is the second generation exoskeleton from Raytheon. Lighter, stronger and faster it is intended to allow soldiers to manipulate heavy objects.

Video. An actor in the Iron Man movies testing the equipment.