Should we become cyborg to regain full mobility? It would be one of the most unexpected contributions of robotics! 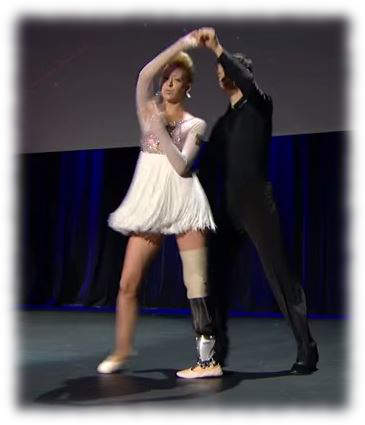 Several scientific domains are involved in the creation of artificial limbs: biomechanics and bionics, electronics, computer... It seems that the robotic development is also profitable to replace a lost limb...

Hugh Herr lost his legs during an ascent where he was stuck for three days in the snow. To continue climbing, he built himself bionic legs. Thereafter he became director of the research group at MIT on biomechatronics (biology + mechanics + electronics).

With Hugh Herr's bionic legs, a dancer is able to dance convincingly (it happens around the 17th minute of the video on the right) .

The knee contains a microprocessor that detects the position of the joints and the weight applied to the leg and is in itself a major invention, one of the largest in 2004, according to the Times. It is sold as the Rheo Knee.

The knee connects the organic part to the mechanical part with a special material for interfacing. 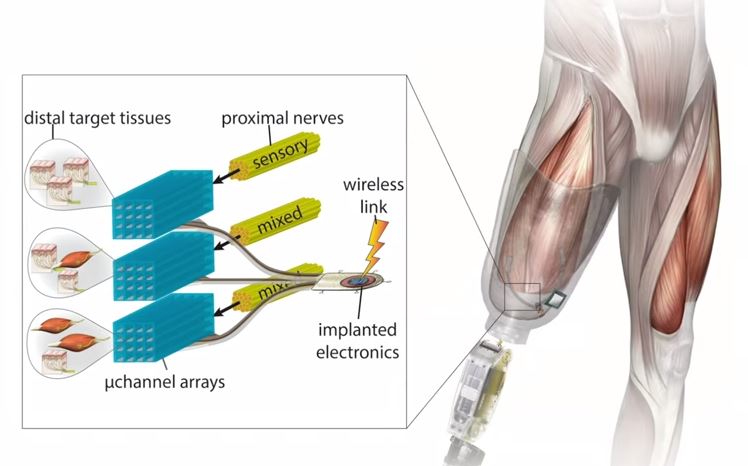 Muscular tissue and nerves are connected by a matrix of nanotubes in an electronic medium communicating wirelessly with the computer which controls the bending.

The artificial leg is completed by a set ankle-foot and a motor for an active propulsion...

This artificial leg is beyond anything we could have imagined there are only a few years. It allows the wearer to walk, run, climb stairs as well as everyone, and as we saw in the video, to dance in couple. And further progress continues to be made from year to year.

All this can it be used for robotics? That is what Smithsonian Magazine believes. The bionic part is not what is important in this context, but the ability to control knee flexion as needed, the foot which has its own engine are things that would serve equally well to a robot. Progress in the field of prosthetics and robotics should help each other. The main advantage of robotics is that the mass production of robots will make these artificial limbs much less expensive than they are now. Because they cost currently more than a car and are not accessible to all...