Robots seem to have a future at the hospital. Robodoc is widely sold in the U.S. and helps make certain surgical operations. The robot nurse is still in draft. The HAL cybersquelette helps people to move. And robots replace patients to future dentists learn to heal without causing any damage ...

The operations of robotic surgery are becoming increasingly common in the U.S. and moves from simple operation such as removal of the prostate and hysterectomy to something more complex like a kidney transplant.

In 2009, 86% of prostate operations were done with the Da Vinci robot. The number of installed units from 210 seven years ago was 1400 in 2009.
The use of such a system eliminates complications such as infections, but the result is not always as good as the manual operation may be due to lack of experienced operators.

To overcome this, a simulation system, ROSS, allows to become familiar with the system and control it before actual use. 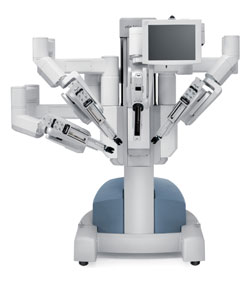 The robot surgean can operate remotely, either in the same room with a machine as an intermediary, or a very remote place, which can often be very useful.

According to the manufacturer, Da Vinci since its launch in 1991, is used in hundreds of medical centers in many countries.

It is suitable for minimally invasive surgery, thus limiting the size of the incision, which reduces both the severity of the operation, length of hospital stay and costs.
It is used to operate various forms of cancer, other ailments and even obesity. Using a robot enables greater precision and overall control of the operation improved.

It functions as an interface between the surgeon and patient. The surgeon controls the movements that are performed by the machine and it sees on a screen what happens. Even if the surgeon's fingers are not in contact with the body operated on, a tactile sensation transmitted to them by the machine.

Is this really a robot? The manufacturer defines it as a robot-assisted but to improve the precision of surgery and not replace it. It can not be programmed and it does not make decisions himself. 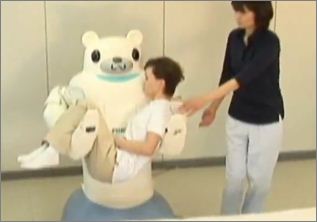 The nurses of the future

Nurses who are moving the sick will be robots. In fact, they are not planned for a future so distant: they are already operating!

The robot nurse can take a patient in his arms, carry and place it in a chair.

This fairly realistic Actroid reacts when the operator touches a sensitive spot. It thus allows learning the art without damage. 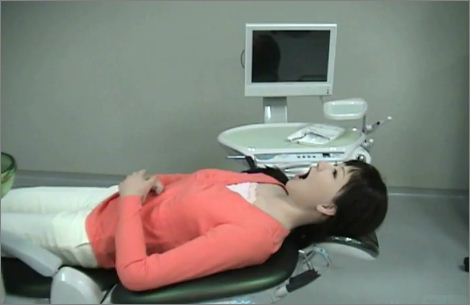 Hanako Showa is a similar initiative. With sensors imimplemented in its artificial teeth, the robot can react to actions of the novice practitioner, emit moans or moving his arms when it was "hurt". It can even communicate through a voice synthesis process.