The C language for system programming 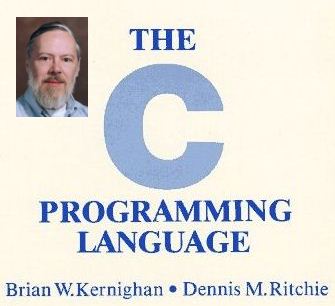 The first manual contributed to the popularity of C

C has known success thanks to the liberty if offered to programmers. Its drawback is the difficulty to debug programs. It makes fast programs, and a huge collection of APIs is available. It remains the best tool for hard-core programming and is even used for applications. See Why SQLite is coded in C, for example. Other software coded en C: Linux, Doom, Quake et SimCity games, Apache, NGINX, PHP, JVM, Git...

C seems rather rustic compared to modern languages, but in the 70s as an alternative to Basic, it was extremely evolved. Calling a function by its line number, or having variable names limited to two characters in the Microsoft's AppleSoft basic, made​ programming very tedious. Even Pascal with its heaviness and constraints seemed less interesting than C.

It inspired many other languages ​​including C++, Java, C# from Microsoft and more recently Go and Dart  from Google.

C could still be a better tool than C++ for system programming, that is the opinion of Linux Torvald, who has choosen to use this language for the widely used Git software. But this judgment (in 2007) may date as C++ since has undergone several changes and improvements, especially with the version 11.
It remains that, for critical system applications, C++ is to much complex and indeterminate. And to overcome the insecurity of the C anguage, Microsoft has created Checked C, an extension that tests possible memory problems in a program.

What you need to know about C's story

Dennis Ritchie and his colleague Ken Thompson have to work on the language on a Teletype 33 terminal, as shown in the photo below.

To imagine what programming looked like under these conditions, you have to watch this video of the terminal in action ... We understand better then the syntax of the language, made to save the typing, and where the sign = is chosen for the assignment and == for the comparison, because the assignment is more frequent than the comparison! Here is a closer view of the keyboard...

Ritchie had to be ingenious in defining the language to reduce the number of keystrokes, for example with the incremental operator ++. Other constructs are much more dubious like nested assignment inside a comparison test.
Moreover, the influence of the keyboard concerns as much the source code of the compiler as that of the programs that it recognizes. But a modern language can be simplified at the expense of a more complex compiler. Keyboards have changed now, yet convoluted constructions of C remains in many other languages including C++, Java, Microsoft C# and very recent ones such as Go and Dart of Google and Swift.

A language where everything is an expression

A C program is a set of functions that return or not a value, and global variables. Everything can be evaluated as an expression, and this is not necessarily an advantage for security.
Functions and variables have prototypes in header files for shared use of the source file.
The programmer must manage itself the memory, using pointers and functions to allocate of free fields of memory.
It is portable with some restrictions, additional variable types for exemple, are specific to compilers.

struct creates an object type made of several variables and was the forerunner of objects.
union can give several identifiers to a variable and is used primarily with struct.
typedef to define new data types ..

Compound symbols allows to perform several operations on a same variable. For example, a += b adds b to a and assigns the result toa.

Sites and tools for C