Dart, an alternative to Java for smartphone applications

Dart allows you to create cross-platform applications with the syntax of a very classic language.

This language from Google is available at dart.dev. It may be used on Android to replace Java or on iOS.
It implements concurrency in the form of communicating actors with their own environment and has true classes. 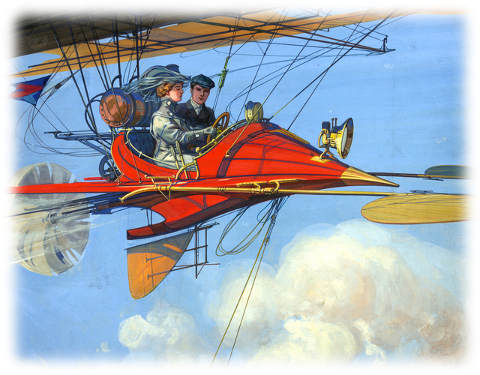 The future is never what it was

Faced with fundamental design problems in JavaScript that it see not solved by incremental improvements, Google opted for a radical solution: completely replaces the language with another, with a syntax that suppresses all the drawbacks of JS. But JavaScript is a language that is interesting in its overall design, it is the details that are weak and Dart unfortunately change also this innovative design to return to the classics.

On the browser, there is a better solution: to allow using any programming language in frontend, to a bytecode, ​​ a role now fulfilled by WebAssembly.

Google promises that programming in Dart will become interactive thanks to tools, you will edit and run a program directly, and change the code according to the results. For a Web application, it will be a big advantage.
Programs may be evolving. You can begin with a simple script with dynamic variables, which can be transformed into application where you add typed variables and classes.

Dart was competing with SoundScript (from Google too) a JavaScript extension that brings typed variables and other features that increase performances, while suppressing JS drawbacks.

Google announced that it would not implement the Dart VM in Chrome browser in 2015. But Dart may still be compiled to JavaScript like TypeScript. Google uses Angular 2 Dart for some of these internal projects although Angular by default works on TypeScript.

Dart is a langage to build mobile applications for Android and iOS whit the Flutter interface and is also the programming language of Andromeda (or Fuchsia), a future Google OS designed for security, with Flutter too. We will follow the developments of this project.

A modern version of C with classes

A Dart program can be executed by a virtual machine for a desktop or mobile app (Dart Native), or compiled into JavaScript and thus produce a code usable by all browsers (Dart Web).

The syntax is very classic, and even somewhat antique, similar to that of JavaScript, created in the 90s and C, created in 1972. This classicism is deliberate. However the language offers very modern features.

Comparison of the syntax of the two candidates to be used in frontend to JavaScript (there are other alternatives).

Declaring a string. TypeScript adds the type in option.

The type of a variable can be determined by inference in Dart. In the case of TypeScript it is a dynamic variable.

Concatenate two variables a and b... Dart uses the principle of PHP which is more convenient in some cases.

if. Similar to JavaScript

switch in Dart is similar to JS with more options. Each rule must be terminated by break, continue, throw ou return but if it is empty. In this cas it falls through the following. You can have a similar effect on a non-empty clause with continuous that performs a jump on another rule if it has a label.

for loop. Example to display the chars in a string.

Declaration of a function. A function can have dynamic arguments, which is similar to multiple dispatch, but does not provide the same speed.

Class and inheritance. Both languages ​​are simpler than JavaScript, but the Harmony implementation offer the same features. Both implement interfaces, while Harmony offers abstractions through proxies.

The languages ​​are similar and differ mainly by reversing the type and the identifier for TypeScript, a syntax that dates back to the Pascal language! This syntax is used by Google for the Go language that is 2 years older than Dart.
Dart has also other features not in TypeScript, but they are available only on the server-side version. And Dart compiled to JavaScript works only on recent browsers, and not on IE9 for example.

There was a version of Chrome which integrated the Dart virtual machine called Dartium but  Microsoft and Apple did not want to adopt this language in their browsers.
Apple is far from wanting to help building web apps. and the community that develops Webkit refused its implementation on the ground that is not part of the standard Web. It's the same thing on the side of Mozilla where one believes that a future version of JavaScript could add the same improvements that brings Dart, mainly the class model and typed variables. We do not mean that Microsoft has issued a negative opinion on the subject, in fact Microsoft chose a different option: to develop TypeScript.
Finally even Google renounced to implement it in Chrome.

According to the authors, Dart will not be compiled to WebAssembly, which is rather a target for static languages such as C or C++. Wasm would have to become the equivalent of the JVM or CLR for this to be considered.

The main shortcoming of Dart was tactical and not technical. Positioning itself as an alternative to JavaScript was its mistake. But after the decision (March 2015) to not implement the virtual machine on the browser and instead just compile Dart to JavaScript, this issue is now removed. (Ref).

This language is particularly suited to those familiar with C and C++: the syntax is similar, although somewhat modernized.
It can replace Java on smartphones or be compiled to JS for the browser, but TypeScript is probably better for this second use.
It is used mainly to make applications on Android or iOS with the Flutter framework. It offers the advantage of a same language on any platform. Over React Native and Node.js on mobiles, its advantage besides speed, is in its development tools.

Exemple of use of Dart for scripting

To begin, download the zip archive from the site, and extract the contents in a directory, for example c:\dart (it only works on Windows).

You can launch the Dart editor and create a project, but then you are faced with a lot of files including a server, that you can't use without having seriously studied the manual.
To start simply we go through the command line instead. In a code editor, type:

Save the script in the hello.dart file in any directory, for example that of dart. The script is launched with the command:

This will display Hello World!

It will be necessary if you want to continue with the language to add its path to the Windows PATH variable, then you have simply to type dart to start a program.