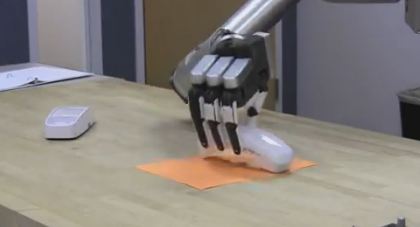 This hand made ​​of removable plastic components is relatively cheap. It costs around $ 10,000 in limited production (but much less in mass production), which is a lot less than other prototypes of this page. And it is quite effective as seen in the video to the right. To further reduce the cost, components were used from mobiles. We need sensors to evaluate pressure, distance and position, things found on mobile phones. The hardest is probably the software to run on anything, that suggests that constructing the device itself could reduce the bill to $ 500 (with a 3D printer).

The artificial hand from Touch Bionics is a marketed product that allows patients to do almost the same things that with a natural hand.

It uses signals generated in the muscles of the arm and passes them to the sensors integrated in the artificial fingers, to contract or relax as organic fingers. This is called the myoelectric control.

The project SMARTHAND for SMART bio-adaptive HAND prosthesis, is a European program for the creation of an artificial hand capable of restoring the capacity of the natural model. He received an allocation of 1.8 million euros.

SMARTHAND partners, including experts in cognitive science, nanotechnology, neuroscience, have achieved something unprecedented: not only the artificial hand back all the movements of the fingers, but may even provide a feeling of touch!

This hand is composed of four motors and 40 sensors that are connected to nerves connected to the brain and thus gives the illusion of touching objects.

One patient who lost an arm was the first to test this device and said he was stunned by the result. It now reuses muscles that not served him for many more years. 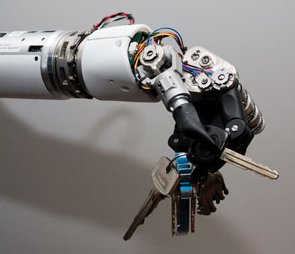 It's DARPA (Defense Advanced Research Projects Agency), which launched this project of a bionic arm that will now enter the phase of clinical testing.

Considerable amounts have been invested in projects to achieve a successive artificial limb that is controlled by the activity of neurons, so from the thought.

The tester is a man of 44 who was electrocuted while painting a power plant, and whose arm was burned to the shoulder. He did not believe it when DARPA contacted him and invited him to participate in the proposed bionic arm test.

Dean Kamen, who led the project, spent weeks listening to patients, physicians and researchers to get an idea of what should be the artificial arm. The first impression is that there has been a chasm between the technological level of artificial legs and that of arm prostheses. These seem to date from the Civil War!

Cables have been replaced by micro-processors, and the prosthesis equipped with batteries and motors, miniaturized enough to reach the size of a normal arm.
It goes from 3 to 18 degrees of freedom which is very close to the natural arm 22 degrees.

The artificial arm could be used as an exoskeleton, for example strengthening the arm of a worker or a soldier. In the case of the prosthesis, the electrodes are connected to the arm nerves and muscles function as biological features.

The feedback necessary to simulate the sensitivity is given by a "tactor," a vibrating motor. Censors are connected to it. 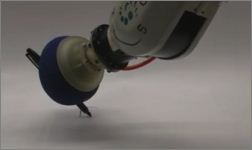 A graspable hand without finger

Robotics may eventually follow a path different from that of nature if it leads to effective results.

Thus the Universal Gripper hand without finger of the University of Chicago, used to manipulate objects such as hold a cup, with a ball that shrinks to surround the object.
This hand is a bag containing granules and a pipe that sucks the air against an object to close the bag around it.