We now know what happened to Andy Rubin, creator of the Android operating system. He works at Google's robotics project that includes software and hardware developments. Google's robots do not resemble the Robonautes, at least initially, said Rubin. They will instead be links in a chain of production or distribution. Machines with arm capable of making montages.
Many companies specializing in robotics have been acquired by Google, and robotics researchers hired especially in Japan. Among ces enterprises, Schaft, whose goal is to build a humanoid robot. Meka which also has a prototype of humanoid robot much more pleasant than Terminator, is part of the bargain. So contrary to what modestly claims Rubin, Google's ambitions go well beyond a simple assembly robot!
December 4, 2013.

Sourceforge at the bottoms

The authors of Gimp have decided to remove the program form the Sourceforge distribution platform. The reason is the progressive invasion by advertisements, and it is no longer just on the pages of the site, they are even added to the software posted on the site. The original installer is replaced without consulting the developer by another program from Sourceforge which installs "crapware" at the same time as the work of the author. The user then is asked whether to install or not these other programs, but regardless of his response they are installed anyway. No doubt it pays a lot to Sourceforge, but it is certain that Gimp will be followed by many others.
Especially that there are alternate distribution platform, the first being Github which displays no advertising and has already taken a good market share from Sourceforge. But Github is profitable, so the solution exists beside the crapware path.
Code.google.com is another option. However they do not offer the same services for highly downloaded projects, so using a high bandwidth, which would cost thousands of dollars per month on a commercial server.
November 8, 2013.

The revolt of software editors

On Windows 8, the modern interface accepts only software from the AppStore of Microsoft. And when software is sold on the AppStore, Microsoft siphons 30% of the sale price. It looks a bit like a racket.
On may say that Apple did the same thing with the iPhone and iPad (apparently not on the Mac), and Microsoft only imitates, but Apple benefited of the adoption of new products by users, who have a choice, and publishers alike. They just adopted a new and successful product.
Microsoft benefits from the fact that PCs are near all delivered with the Windows system and introduces a new requirement, the online store, which is not necessary, just for profit.
This is why publishers are outraged. Then what to do? Valve, editor of realistic 3D games responds with SteamOS. It is a version of Linux packaged specifically for gaming, which so will have no problem of compatibility or performance. The publisher offers this OS open source, in the hope that other publishers will follow.
But Linux on the desktop, can it work? This has not been the case previously due to lack of games, indeed, a problem that no longer exist if Valve provides its own and even less if others follow.
So there is one more alternative to Windows, next to Chrome OS, and it seems that the monopoly is increasingly threatened.
September 24, 2013.

Who wrote the Linux kernel?

It's been a long that Linux is not written by Linus Torvalds, even if he is noticed from time to time by his disrespectful flame wars on the developer blog. These are mostly large companies who write the kernel, according to figures provided by The Linux Foundation:

Note that The Linux Foundation itself only accounts for less than 1% and Oracle, which has its own distro (a copy of Red Hat actually) for 1.3%. Apple and Canonical (Ubuntu) are not part of the top 30.
September 17, 2013.

After seeing the film from Stern, Woz believes that there are many errors in the script. The most important is the fact that Jobs is shown in his younger years as a more mature, capable and charismatic man, the one he was after 1997 when he took over Apple's orders, but not before.
Unlike The Social Network, Jobs was mauled by critics with only 25% positive review (Rotten Tomatoes). It has no success in theaters and is only seventh at the box office during the first week.
Another film on Jobs by Sony and Aaron Sorkin, with contributions from Wozniak, is in production.
John Sculley, CEO of Apple from 1983 to 1993, who fired Jobs, about the movie:

For those of us who knew him (Jobs) well, [we’re] scratching our heads what they were thinking of when they wrote this movie.


A capture of post of Wozniak about the movie in a discussion group.

It is playable online on the website eddysrun.com. The Flash game is described as follows: "The story of a true hero who risked his life and is now on the run to escape the governments and secret services." This is this run that is staged on a 2D platform, the character must defeat monitoring systems to avoid getting caught.
August 12, 2013.

Apple is a firm very jealous of its "inventions" that makes all those trials to those that imitate its interface element. But when the new OS is launched which is presented like a revolution, we are a little skeptical because all these innovations come here from competing products:

It will be more difficult for Apple to make trials now. Especially since Google has learned the lesson and now deposits quantities of patents on mobiles.
June 11, 2013.

In beta for now, the engine of Russian origin, but available in English, offers a new way of doing searches. This reduces opportunities ofr visibility for information sites, as does the graph knowledge of Google, but it does not change anything for commercial or ecommerce sites. The difference with Google's idea is that this is the webmaster who provide the code to interact with the site's content. Thus the data does not come only from Wikipedia, but from any site whose the webmaster wants to contribute. The interest for the moment is mainly to see how search can evolve.
June 7, 2013.

We know what it's like a DDoS attack perpetrator

The Spamhaus site was recently the victim of a denial of service attack, with the intent to discourage users from using the service since overloading its servers also slows sites that wait for the results of their queries. The fact that Spamhaus was targeted suggests that the culprit has an activity related to sending email as Spamhaus IP blocks computers that send mass emails.
The arrest of a Dutch 35 years in Spain April 25, Sven Olaf Kamphuis, confirms this hypothesis. He owns the Cyberpunker hosting service and motivates his action that Spamhaus has not decide who must carry what on the web. In other words, nobody has the right to prevent it from sending mass emails to recipients without their consent!

The name Cyberbunker is not purely virtual. The company has a bunker equipped with servers that offers to all hosting services hidden from authorities. It is the fact that the IP of the site was blacklisted by Spamhaus that has angered SK. 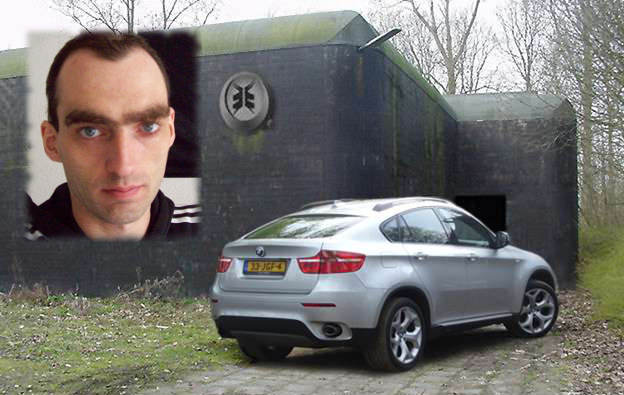 SK has also created the Stophaus site that publishes his diatribes against Spamhaus and in favor of a "free web", but this transliteration of political slogans seems clearly to be another publicity stunt from his part to attract users to its services - for money.

See this video of a DDoS attack. It is the display of a security software on the server of VideoLAN (which provides for free VLC), that shows all the requests and highlights the attack. Once highlighted the common user agent, even if the IP addresses are different, the attack has been neutralized.

x-default: a new tag from Google

After the canonical tag, Google offers another tag to inform search engines about the purpose of a web page.

This tag tells search engines that the page designated by the URL is not directed at a specific geolocation or a language, but to all visitors from all regions. It is particularly welcomed when the home page of a site adapts to the location of the user and offers him a text in his own language.
April 11, 2013.

Simulate your city in SimCity

In an experiment described in Using SimCity to diagnose my home towns traffic problem, a webmaster explains how with the help of Google Maps and the latest version of the SimCity game, he could reproduce his city and predict traffic conditions based on events, or even economic development of an area when adding tracks or shops.
This turns a simple game into optimization tool, SimCity becomes an extension of Maps, and if the planners wanted to imitate him, that would improve the situation of real cities.
February 20, 2013.

For owners of Creative Suite 2, which includes Photoshop, Adobe allows now to download freely the software on their server and even provides an activation key. For Windows it is 32-bit only (however that works on 64-bit versions).
Officially therefore, these programs are not provided for free. But some will not see the difference especially as Adobe launches this initiative under the pretext to no longer have to manage on-line control, but it is not really made ​​to reduce the use of servers. The firm could have just provided a simple patch to remove the online control, but it chosen to provide a full program for all to download.
In fact the reason why it is not officially offered for free is to prevent companies to install it in large numbers in place of a newer version, as then Adobe would lose money on licenses.
January 8, 2013.